Kape Technologies is an Israeli cybersecurity firm that has bought ExpressVPN for $936 million.

Kape Technologies, a leading Israeli cybersecurity firm, has purchased ExpressVPN for nearly $1 billion. The company confirmed that the deal had been finalized for $936 million, out of which $237 million will be in the form of Kape’s shares to ExpressVPN’s co-founders Dan Pomerantz and Peter Burchhardt.

The co-founders will hand Kape Tech a 14% stake in their combined firm in exchange for shares, while the remaining amount will be paid in cash within the next two years. According to ExpressVPN co-founders, the company will still operate independently and continue to grow.

The CEO of Kape Technologies, Ido Erlichman, stated in an official statement after securing the deal that they have admired ExpressVPN’s team’s continuous pursuit of “excellence and innovation” and are “excited to welcome them to Kape.”

“With ExpressVPN now part of the Kape family of world-leading privacy and security brands—together, we have the vision, talent, and resources to take the industry to the next level,” Erlichman noted.

On the other hand, Dan Pomerantz, co-CEO of ExpressVPN, said that the company would access more capital and resources with this deal. It will also accelerate its product development capacity and help them deliver more innovative products to its users as well as protect them from a “wider range of threats.”

“Together, we will advance the state of privacy technology, keeping you firmly in control of your digital experience even as new threats and challenges arise,” Pomerantz said.

About ExpressVPN and Kape Tech

ExpressVPN was founded in 2009. Over the years, it emerged as the largest provider of consumer privacy products and security services. The company owns servers in over 94 countries and even has won awards for software created for Windows, iOS, Linux, Android, and Mac platforms.

Kape Technologies was founded in 2010 and went public in 2014 on the London Stock Exchange’s AIM section. The company offers a wide range of security and privacy products for personal data protection. Kape Tech currently boasts more than 2.5 million paying subscribers across the globe.

Users took to different forums including Reddit expressing their disappointment and how they were “ready to jump ship.” The reason? Kape happens to have a not-so-bright past shedding doubt on the ability of ExpressVPN to protect the privacy of its customers under their control.

To further elaborate, Kape Technologies was originally found under the name of Crossrider in 2011 developing advertising apps until they changed their name in 2018.

However, their software was treated as malware by companies such as Malwarebytes and Symantec begging one to ask, how can such a company despite rebranding itself change the shoddy culture that it had? 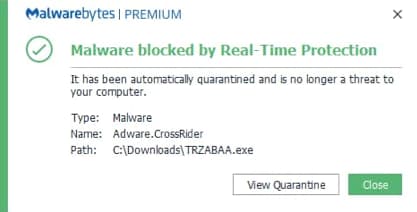 But the connections don’t end there. The very first CEO of Crossrider, Koby Menachemi, happened to be once a part of Unit 8200 which is an Israeli Intelligence Unit in their military and has also been dubbed as “Israel’s NSA.” Teddy Sagi, one of the company’s investors was mentioned in the Panama Papers which were leaked in 2016.

To analyze the scope of this entire reaction, it is important to know that ExpressVPN isn’t any common VPN company that is being questioned over the potential implications this brings. In fact, they have been known to even successfully thrive under court pressure and not compromise on user security but despite this, it seems as if all user trust vanished in a night. 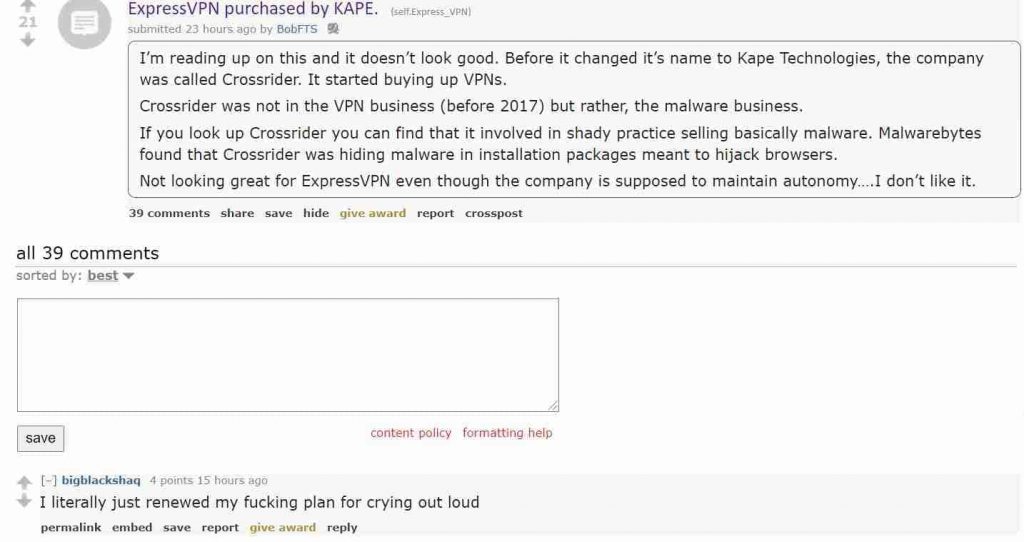 Kape On a Purchasing Spree

Kape Technologies has mainly focused on making significant acquisitions in the VPN/data security industry in the past few years. Some of its recent purchases include Private Internet Access (PIA) which it bought in December 2019, GhostVPN, which it acquired in 2017, Zenmate in 2018, and Webselenese that it acquired around six months back.

With the acquisition of ExpressVPN, the company aims to increase its paid subscriber base, which will most likely cross six million. Furthermore, Kape intends to strengthen its stronghold in the digital security fraternity along with creating a “tier-one digital privacy and security player.”

“Controlling one’s digital presence is at the forefront of every tech consumer’s mind now, and Kape is more committed than ever to innovating and delivering the tools internet users need to protect their data and rights,” Erlichman added.

‘Find My Mobile’ system can be used to attack Samsung handsets

Does data stolen in a data breach...