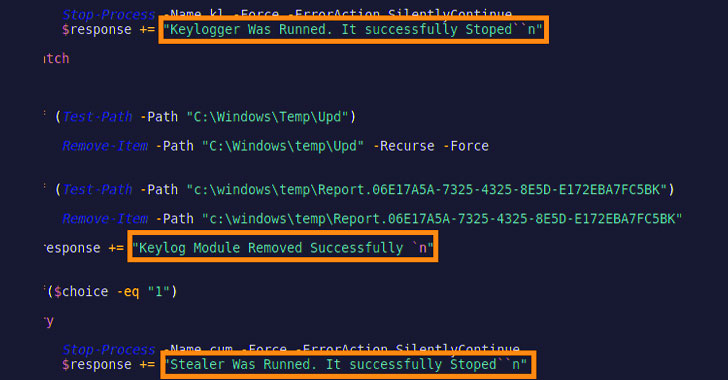 An advanced persistent threat group with links to Iran has updated its malware toolset to include a novel PowerShell-based implant called PowerLess Backdoor, according to new research published by Cybereason.

The Boston-headquartered cybersecurity company attributed the malware to a hacking group known as Charming Kitten (aka Phosphorous, APT35, or TA453), while also calling out the backdoor’s evasive PowerShell execution.

“The PowerShell code runs in the context of a .NET application, thus not launching ‘powershell.exe’ which enables it to evade security products,” Daniel Frank, senior malware researcher at Cybereason, said. “The toolset analyzed includes extremely modular, multi-staged malware that decrypts and deploys additional payloads in several stages for the sake of both stealth and efficacy.”

The threat actor, which is active since at least 2017, has been behind a series of campaigns in recent years, including those wherein the adversary posed as journalists and scholars to deceive targets into installing malware and stealing classified information. 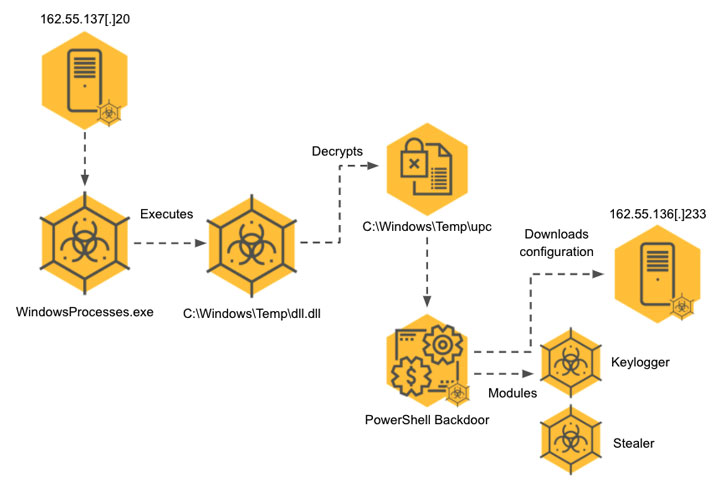 The latest refinements to its arsenal, as spotted by Cybereason, constitutes an entirely new toolset that encompasses the PowerLess Backdoor, which is capable of downloading and executing additional modules such as a browser info-stealer and a keylogger.

Also potentially linked to the same developer of the backdoor are a number of other malware artifacts, counting an audio recorder, an earlier variant of the information stealer, and what the researchers suspect to be an unfinished ransomware variant coded in .NET.

Furthermore, infrastructure overlaps have been identified between the Phosphorus group and a new ransomware strain called Memento, which first emerged in November 2021 and took the unusual step of locking files within password-protected archives, followed by encrypting the password and deleting the original files, after their attempts to encrypt the files directly were blocked by endpoint protection.

“The activity of Phosphorus with regard to ProxyShell took place in about the same time frame as Memento,” Frank said. “Iranian threat actors were also reported to be turning to ransomware during that period, which strengthens the hypothesis that Memento is operated by an Iranian threat actor.”

Kaspersky report on telehealth security in 2020 and 2021