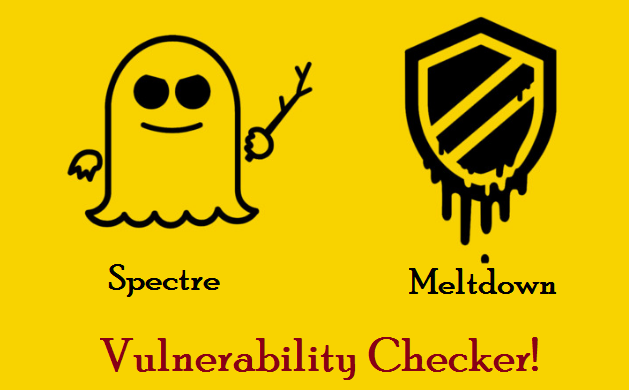 Meltdown and Spectre exploit critical vulnerabilities in modern processors . These hardware vulnerabilities allow programs to steal data which is currently processed on the computer.

Spectre is a vulnerability that affects modern microprocessors that perform branch prediction. On most processors, the speculative execution resulting from a branch misprediction may leave observable side effects that may reveal private data to attackers.

Meltdown is a hardware vulnerability affecting Intel x86 microprocessors and some ARM-based microprocessors. It allows a rogue process to read all memory, even when it is not authorized to do so.

Meltdown affects a wide range of systems. At the time of disclosure, this included all devices running any but the most recent and patched versions of iOS, Linux, macOS, or Windows. Accordingly, many servers and cloud services were impacted, as well as a potential majority of smart devices and embedded devices using ARM based processors (mobile devices, smart TVs and others), including a wide range of networking equipment.

A simple shell script to tell if your Linux installation is vulnerable against the 3 “speculative execution” CVE’s that were made public early 2018.

Without options, it’ll inspect your currently running kernel. You can also specify a kernel image on the command line, if you’d like to inspect a kernel you’re not running.

The script will do its best to detect mitigation’s, including back-ported non-vanilla patches, regardless of the advertised kernel version number.

Quick summary of the CVEs

This tool does its best to determine whether your system is immune (or has proper mitigations in place) for the collectively named “speculative execution” vulnerabilities. It doesn’t attempt to run any kind of exploit, and can’t guarantee that your system is secure, but rather helps you verifying whether your system has the known correct mitigations in place. However, some mitigations could also exist in your kernel that this script doesn’t know (yet) how to detect, or it might falsely detect mitigations that in the end don’t work as expected (for example, on backported or modified kernels).

Your system exposure also depends on your CPU. As of now, AMD and ARM processors are marked as immune to some or all of these vulnerabilities (except some specific ARM models). All Intel processors manufactured since circa 1995 are thought to be vulnerable. Whatever processor one uses, one might seek more information from the manufacturer of that processor and/or of the device in which it runs.

The nature of the discovered vulnerabilities being quite new, the landscape of vulnerable processors can be expected to change over time, which is why this script makes the assumption that all CPUs are vulnerable, except if the manufacturer explicitly stated otherwise in a verifiable public announcement.

This tool has been released in the hope that it’ll be useful, but don’t use it to jump to conclusions about your security.