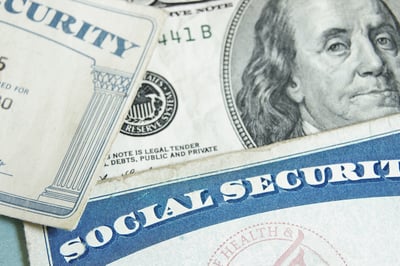 “While the display address on the emails reads ‘Social_Security_Administration,’ further inspection reveals the sender’s true origin to be a random Gmail address,” the researchers write. “If there is one place a hacker puts his best foot forward, it’s with the subject line. After all, phishing emails don’t do much good unless they are opened, and some type of action is taken. In this case, the subject lines include case and docket numbers to make the phishing threat seem more official.”

The emails contain a PDF attachment that instructs users to call a phone number, which will connect them with a scammer.

“All of the SSA brand impersonation phishing emails INKY caught contained a PDF attachment that opened in the form of a letter with SSA-branded elements,” the researchers write. “[T]he letter starts with one of SSA’s widely used logos alongside a short tagline. It’s an image that looks sharp and is readily available online. In the body of the letter, the sender claims that illegal & fraudulent activities have been associated with the recipient’s SSN and, as a result, their SSN will be suspended in 24 hours. A phone number is given to resolve this issue.”

Once they call the scammer, the victim will be asked to provide their Social Security number in order to confirm their identity.

“Encouraging readers to call a phone number adds vishing to the mix,” INKY says. “Vishing is a type of cybercrime that uses the telephone to steal confidential information. In this instance, the phone number provided in the letter does not belong to the SSA. When called, phishers answering ask their victims to confirm their SSN so it can be unsuspended. In some instances, they will even claim that a new one has been issued for a fee.”

New-school security awareness training can enable your employees to thwart phishing and other social engineering attacks.

INKY has the story.

Should Social Media Users Engage in a...

Voters head to the polls