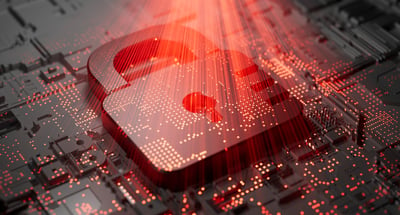 Microsoft has observed a threat actor that’s been running a phishing campaign since August 2022. The threat actor, which Microsoft tracks as “DEV-0569,” is using phishing emails to distribute malicious installers for legitimate applications, including TeamViewer, Microsoft Teams, Adobe Flash Player, Zoom, and AnyDesk. The phishing campaign leads to the installation of ransomware and information-stealing malware.

“Historical observation of [a] typical DEV-0569 attack begins with malicious links delivered to targets via malicious ads, fake forum pages, blog comments, or through phishing emails,” the researchers write. “These links lead to malicious files signed by the attacker using a legitimate certificate. The malicious files, which are malware downloaders known as BATLOADER, pose as installers or updates for legitimate applications like Microsoft Teams or Zoom. When launched, BATLOADER uses MSI Custom Actions to launch malicious PowerShell activity or run batch scripts to aid in disabling security solutions and lead to the delivery of various encrypted malware payloads that are decrypted and launched with PowerShell commands.”

In the most recent campaign, the threat actor is using website contact forms, legitimate software depositories, and Google Ads to distribute their links.

“In late October 2022, Microsoft researchers identified a DEV-0569 malvertising campaign leveraging Google Ads that point to the legitimate traffic distribution system (TDS) Keitaro, which provides capabilities to customize advertising campaigns via tracking ad traffic and user- or device-based filtering,” the researchers write. “Microsoft observed that the TDS redirects the user to a legitimate download site, or under certain conditions, to the malicious BATLOADER download site. Microsoft reported this abuse to Google for awareness and consideration for action. Using Keitaro, DEV-0569 can use traffic filtering provided by Keitaro to deliver their payloads to specified IP ranges and targets. This traffic filtering can also aid DEV-0569 in avoiding IP ranges of known security sandboxing solutions.”

Microsoft has the story.

Get hands-on with white hat hacking in...