Top Posts
French Electricity Provider Fined for Storing Users’ Passwords...
Hacking attempts made on ZEC server
Volunteers Search for Racism Written into Durham Land...
Hacking at the roots of our republic –...
What is Ransom Cartel? A ransomware gang focused...
Australia Passes Bill to Fine Companies up to...
Police hunt suspect in Hikkaduwa hacking attack that...
What is Bluetooth hacking? How to prevent it?
Cops used hacking powers six times in first...
Duped, hacked and wiped: Implications of cybercrimes on...
Home Hacking Russian trolls and bots are back, targeting Tuesday’s U.S. midterms.
Hacking

Russian trolls and bots are back, targeting Tuesday’s U.S. midterms. 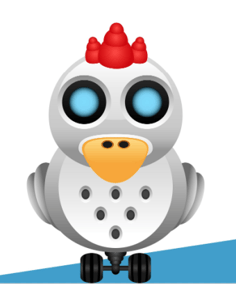 Steven Lee Myers at the NYT had the scoop on this typical Russian influence operation which really is social engineering at scale: “The user on Gab who identifies as Nora Berka resurfaced in August after a yearlong silence on the social media platform, reposting a handful of messages with sharply conservative political themes before writing a stream of original vitriol.

The posts mostly denigrated President Biden and other prominent Democrats, sometimes obscenely. They also lamented the use of taxpayer dollars to support Ukraine in its war against invading Russian forces, depicting Ukraine’s president as a caricature straight out of Russian propaganda.

The fusion of political concerns was no coincidence. The account was previously linked to the same secretive Russian agency that interfered in the 2016 presidential election and again in 2020, the Internet Research Agency in St. Petersburg, according to the cybersecurity group Recorded Future.

It is part of what the group and other researchers have identified as a new, though more narrowly targeted, Russian effort ahead of Tuesday’s midterm elections. The goal, as before, is to stoke anger among conservative voters and to undermine trust in the American electoral system. This time, it also appears intended to undermine the Biden administration’s extensive military assistance to Ukraine.

“It’s clear they are trying to get them to cut off aid and money to Ukraine,” said Alex Plitsas, a former Army soldier and Pentagon information operations official now with Providence Consulting Group, a business technology company.”

Article continues at the NYT

Your CCTV devices can be hacked and...