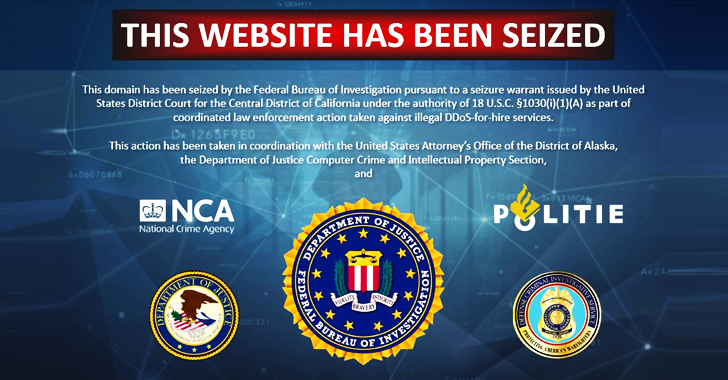 The U.S. Department of Justice (DoJ) on Wednesday announced the seizure of 48 domains that offered services to conduct distributed denial-of-service (DDoS) attacks on behalf of other threat actors, effectively lowering the barrier to entry for malicious activity.

The websites “allowed paying users to launch powerful distributed denial-of-service, or DDoS, attacks that flood targeted computers with information and prevent them from being able to access the internet,” the DoJ said in a press statement.

The six defendants have been charged with various running booter (or stresser) services, including RoyalStresser[.]com, SecurityTeam[.]io, Astrostress[.]com, Booter[.]sx, IPStresser[.]com, and TrueSecurityServices[.]io. They have also been accused of violating the computer fraud and abuse act.

These websites, although claiming to provide testing services to assess the resilience of a paying customer’s web infrastructure, are believed to have targeted several victims in the U.S. and elsewhere, such as educational institutions, government agencies, and gaming platforms.

The DoJ noted that millions of individuals were attacked using the DDoS-for-hire platforms. According to court documents, over one million registered users of IPStresser[.]com conducted or attempted to carry out more than 30 million DDoS attacks between 2014 and 2022.

An analysis of communications between the booter site administrators and their customers undertaken by the U.S. Federal Bureau of Investigation (FBI) shows that the services are obtained through a cryptocurrency payment.

The domain takedowns are part of an ongoing coordinated law enforcement effort codenamed Operation PowerOFF in collaboration with the U.K., the Netherlands, and Europol aimed at dismantling criminal DDoS-for-hire infrastructures worldwide.

VMware Finds No Evidence of 0-Day in Ongoing...

Microsoft Documents Over 200 Cyberattacks by Russia...