Hack the Bank: how cybersecurity startup Hack the Box raised £45m in a recession

Pylarinos attributes this to the company’s humble, bootstrapped beginnings. Despite having now successfully completed three funding rounds (raising a total of $70m) starting out with just a small amount of savings has meant the founders have prioritised profitability since the firm first began operating three years ago.

“We’ve always been very cost-efficient,” he reveals. “Even after our first two financing rounds, we didn’t spend any of the capital. In the current market, this gives you more points than it used to.”

After a string of high-profile startup failures like Pakistan’s top startup Airlift last year, which previously boasted a huge valuation of $270m, it only holds that investors will recoup their losses by prioritising ‘money in the bank’ over expansion. Pylarinos concurs with this theory.

“[This year] was much harder than previous fundraisers that we did in the past,” he admits. “But there was interest because we were never this traditional startup that burns massive amounts of capital or relies on the next fundraiser to endure.”

So, when crafting a business plan, think cautiously before you emphasise growth over survival. For those of us who are used to reading about tech startups like Uber – which, despite being worth over $50bn, didn’t turn a profit until 2021 – that might be a foreign idea.

“With the current market conditions, I think we’re in a perfect spot. The risk of going bust in such conditions where capital is not granted, is much larger.” 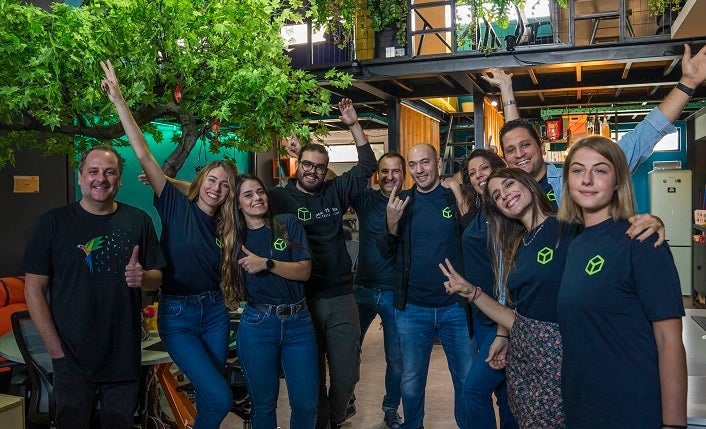 That theory has been proved this week with a string of high-profile tech layoffs including Spotify. The Swedish music-streaming giant announced it would cut 6% of its 10,000 employees on Monday. The company has never turned a full-year net profit.

It sounds like the company could learn a thing or two from Hack the Box. Writing on the company’s blog, Spotify CEO Daniel Ek said, “in hindsight, I was too ambitious in investing ahead of our revenue growth.”

Despite its conservative behaviour, the team has stayed still. Since Pylarinos first coded the platform in 2017, the business has grown into a 180-person team. So how has Hack the Box got so big, if it hasn’t followed in companies like Airbnb’s footsteps to reinvest millions into scale-up?

Simply put: it’s an excellent product that’s stayed ahead of rivals. The startup’s unique offering has attracted an ever-increasing army of cybersecurity experts to share techniques and methodologies for combating the latest cyber threats

“The only promo or marketing however you want to call it that I did was that I posted a link to a Facebook group so people would start seeing it,” says Pylarinos. “It had a much, much better reaction than I was expecting.”

We’ll say. Currently, the Hack the Box global following now stands at 1.7 million – a level of organic growth that would give Mark Zuckerberg cause for envy.

One of the biggest factors that can affect funding success (particularly in a period of economic slowdown) is timing. It might make more sense to wait until the market outlook looks more favourable, and look to other funding sources like small business grants.

But will putting the brakes on your business strategy affect success?

It didn’t for Hack the Box. Pylarinos describes “several attempts to raise capital in early 2022, when the market was declining like crazy.”

Here’s why security officials are concerned about...