Top Posts
Unpatched VMWare Vulnerability Used by Hackers to Target...
Linux Variant of Clop Ransomware Spotted, But Uses...
What CISOs need to know about the renewal...
Zero Trust Can Guarantee the Future of Computer...
MKS Instruments falls victim to ransomware attack
North Korean Hackers Make Record For Most Crypto...
What web beacons are and how they are...
Russia-linked Lockbit ransomware hacking gang threatens to publish...
Suspect in Vastaamo hacking arrested in France
Why hackers are attacking healthcare more frequently?
Home Hacking Who Is Best Hacker In The World?
Hacking

Who Is Best Hacker In The World?

Computer hacking can be done with good intent such as identifying vulnerabilities present in a system. This helps in developing stronger systems that are harder to penetrate. On the other side, hacking can also be done in an illegal manner for various types of online crimes. In both cases, a hacker needs in-depth knowledge and tons of experience to be successful. 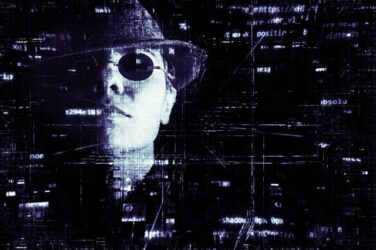 The fight between good hackers aka the white hat hacker and black hat hacker aka the bad guys continues unabated. It is evident in the significant number of hacking incidents reported across the globe every year. To better understand their world, here’s a look at some of the best or most notorious hackers of all time.

Kevin Mitnick – An American hacker, Kevin Mitnick started hacking when he was in his teens. Some of his notorious achievements include the hacking of North American Defense Command (NORAD). This actually was made into a film named War Games, released in 1983. Other hacking targets included Digital Equipment Corporation’s (DEC) network and Pacific Bell’s voicemail systems. He was caught later and sent to prison. He later took a reformative approach towards his life and became a white hat hacker. However, some experts suggest that he may still be wearing both hats deep inside.

Anonymous – This is a group of individuals, who are loosely connected by the concept of social justice. It is their belief that they can challenge and change systems that they feel are against social justice. One case involved targeting the websites of the Church of Scientology. Although the FBI has caught some of the members of Anonymous hacking group, the organization continues to thrive owing to its lack of any real hierarchy.

Adrian Lamo – At just 20 years of age, Adrian Lamo hacked into Reuters systems to change the contents of an article. He targeted various other websites when he was at the peak of his hacking career. After hacking, he used to notify the pressy as well as the victims involved. He had even hacked into New York Times’ intranet and included his name in the list of expert sources. As Adrian Lamo often roamed the streets, he was referred to as the ‘homeless hacker’.

Albert Gonzalez – Starting out at age 22, Albert Gonzalez was initially associated with one of the criminal ecommerce sites. When he was arrested for stealing debit card details of millions of users, Albert decided to become an informant for the Secret Service. This was done to avoid jail time. With his inputs, several members of the criminal ecommerce site were arrested. Even when working as an informant, Albert continued to be involved in criminal activities.

Survey Suggests Hackers Should Be Rewarded and Avoid Prosecution

A Look Back at Mobile Government Cyberattacks...