Be Wary Of Fake Windows 11 Installers Bundled With Malware

While the official Windows 11 is just around the corner, expectedly, the fake installers have already surfaced online. Users eager to get their hands on the new Windows version should be wary of all such installers and wait for it to come from Microsoft.

Fake Windows 11 Installers In The Wild

Researchers from Kaspersky have discovered a malicious campaign in the wild targeting Windows enthusiasts. They have spotted fake Windows 11 installers riddled with malware tricking users via various means.

Sharing the details in a post, Kaspersky discussed a certain installer (from many others) as an example. The installer bearing an overall file size of 1.75 GB comes as “86307_windows 11 build 21996.1 x64 + activator.exe” that claims to offer numerous bundled apps from “sponsors”.

The user would know of this so-called facilitation when trying to start the installation process. The apparent “License Agreement” section highlights this thing to which the user would surely agree.

Clicking on the “Next” button after accepting the terms would then display another setup wizard. On the screen, it appears a setup for some download manager for Windows 11. However, in the background, the initial downloader has downloaded another malicious executable to proceed with infection. 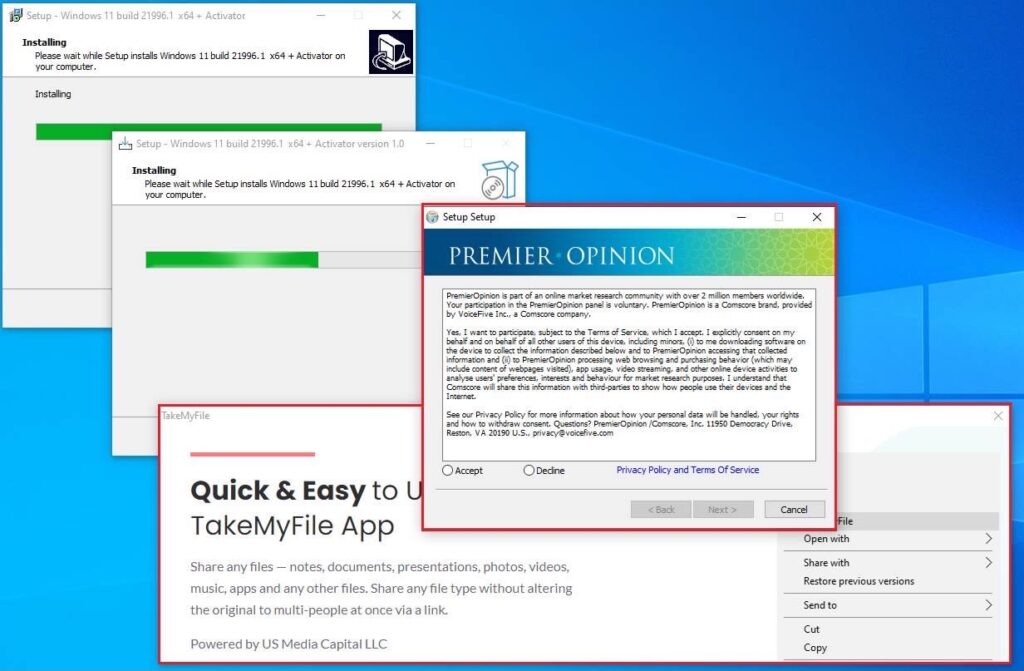 Where To Get Genuine Windows 11?

For this, users need to enter the Windows Insider Program and get updates via the Dev Channel. But there might be some occasional instabilities.

Therefore, it’s wise to stay calm and wait for the official stable release to arrive. Users can then download it from the official Microsoft website,

Also, users must ensure their devices meet the minimum hardware requirements for Windows 11 before attempting to download it. A major hurdle for many users would be the TPM 2.0 requirement; that’s a must-have.

Thus, any downloaders or sources claiming to install Windows 11 evading this requirement should be considered malicious. Users should stay away from all such sources as they’re likely to burden or even damage their devices.

What is MITRE’s ATT&CK framework? What red teams need to know

What is MITRE’s ATT&CK framework? What red teams need to know